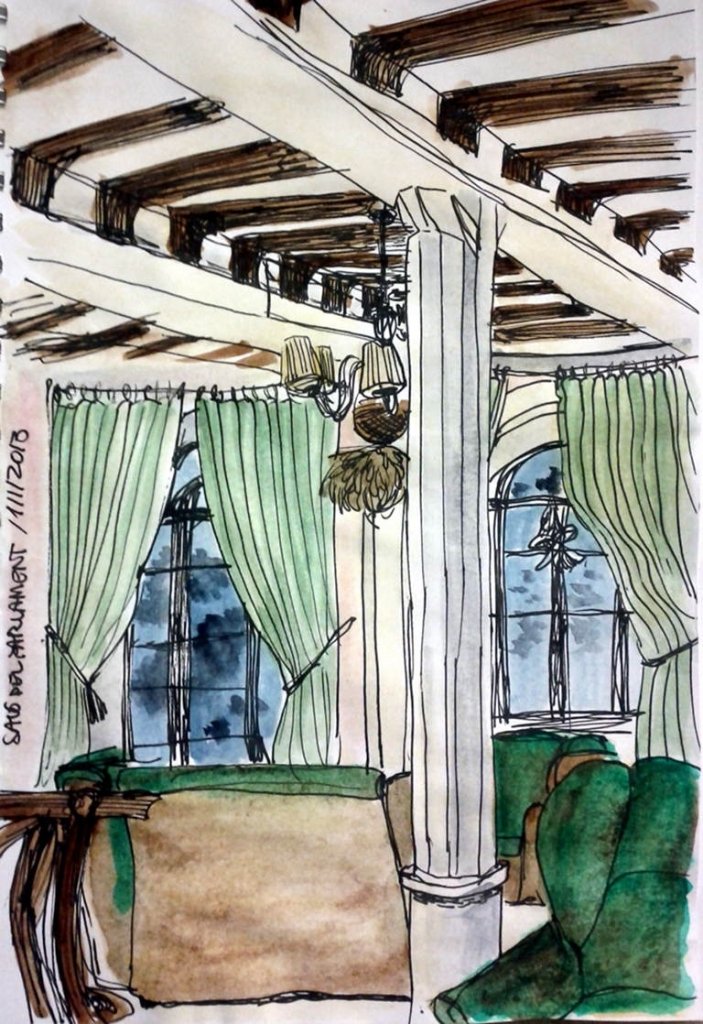 I drew this on the first day of 2013. We had been skiing during the morning and afternoon and we were absolutely knackered at that point. So the only thing we could do was sitting down, and that with some difficulties already!

Once the sugar from the orange Schweppes I drank started getting into my blood I got some energies back, and decided to take out the sketchbook and draw something while relaxing before getting a well deserved shower (I knew if I showered first I wouldn't go downstairs again just to draw).

Apparently this room is of historical importance since it was here that the then Catalalonian authorities met and sat down for writing the first draft of their "Estatut" back in the early 20th century. The night before we had had the reception drinks for NYE dinner here with the rest of hotel guests; we didn't know anyone else so it felt like being in somebody else's wedding. Just picture old, half-drunk gluttonous people almost attacking the waiters each time they appeared with a shelf full of snacks! Scary!

But it was oh so quiet the next day; there was hardly anyone else in the room, and there was only snow and chilly wind outside. Perfect.